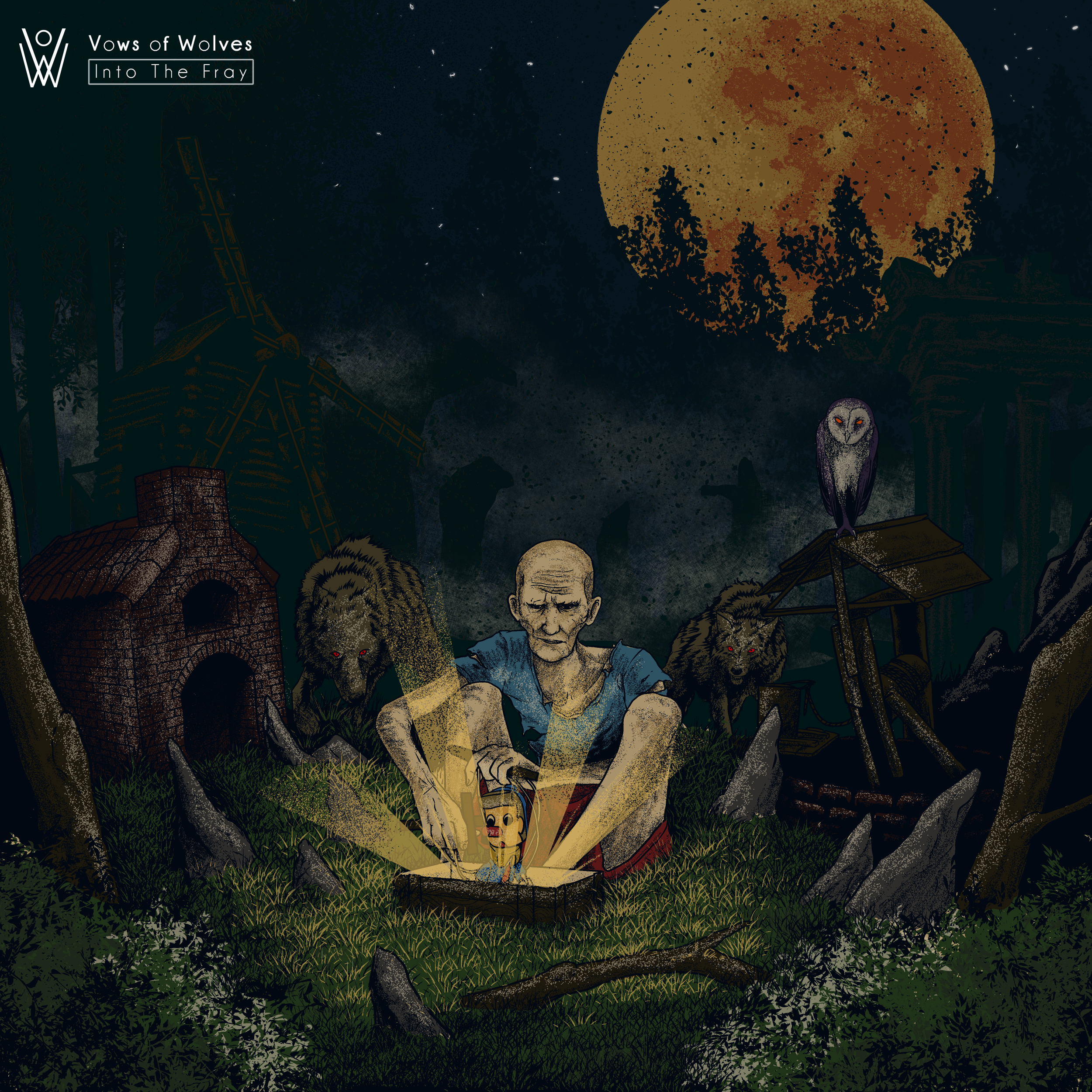 Vows Of Wolves: Online the Track BurstBurst is the first track released online by the band Vows Of Wolves and is the track that started the project. Infused with occult and esoteric themes (with a clearly Lovecraftian influence), this wants to be the band's business card to present itself to the public. With a vague working title like "Burst" he was able to steer this in his direction of choosing a dark romantic mood. Chris is the lead composer, not only committed to the lyric and musical level but also gave directions for the video to the guys from Motus Insaniam who did a great job with Lyric's video animation. Taking care of the instrumental part, he decided to go outside the lines by experimenting with descending pitches on rhythmic guitars.how to write killer grooves and creepy melodies.Vows Of Wolves started out as an instrumental solo project for French guitarist Benoit Miranda Martin from Montpellier.In the late 2020 Benoit got approached by Chris Hambrink, a singer from Bielefeld Germany, who he already knew from a facebook group and who wanted to try out as a singer for the band. Chris wrote and recorded vocals for one of the instrumentals and both were very happy aboutthe result so Chris joined the band as a singer and as a mixing and mastering engineer. First it was a bit awkward to structure musical work purely over the internet but over time both found a very personal connection to each other and the music.he work process is simple: Ben writes, records and produces Guitars, Bass, Drums, Backing vocals and synths. He sends the tracks over to Chris who performs the main vocals and does the mixing and mastering. Chris writes all lyrics by himself but both usually agree on a certain topic for each song first.Most of the time, they get inspired by the working titles Ben chooses for his instrumentals.Get in touch with Voms Of Wolves and check their Social Media Linkshttps://www.instagram.com/vows.of.wolves/https://www.facebook.com/vowsofwolveshttps://www.youtube.com/channel/UCeDAXwSZSUwRwa-LYkhI6RQ